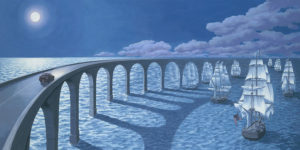 Canadian artist Robert Gonsalves explores children’s fairy tales, full of miracles, through his surreal paintings, by sealing the magic of imagination as well as his own dreams and presenting them through optical illusions that will make you want to look at his paintings twice.

His artworks express both reality and imagination

They represent a space beyond the physical boundaries which a person can explore. In his art, inspired by the works of MC Escher and Magritte, can be seen secret gardens hidden in carpets, mysterious forests, resembling living rooms, and castles hidden in misty lagoons. You can see more of Gonsalves’ artworks on his official Facebook page.

Rob Gonsalves is a Canadian artist dedicated to magic realism. Since he was a kid Gonsalves has been interested in drawing with “imagination”, using various art techniques. By the age he was twelve years old, he was interested in architecture and began his incredible and extraordinary journey into the world of fine arts.

After he found out about the works of Dali and Tanguy, Gonsalves created his first surreal paintings, influenced by their artwork. Magritte’s surrealism plays its own role in Gonsalves’ development and his gradual progress as an artist. 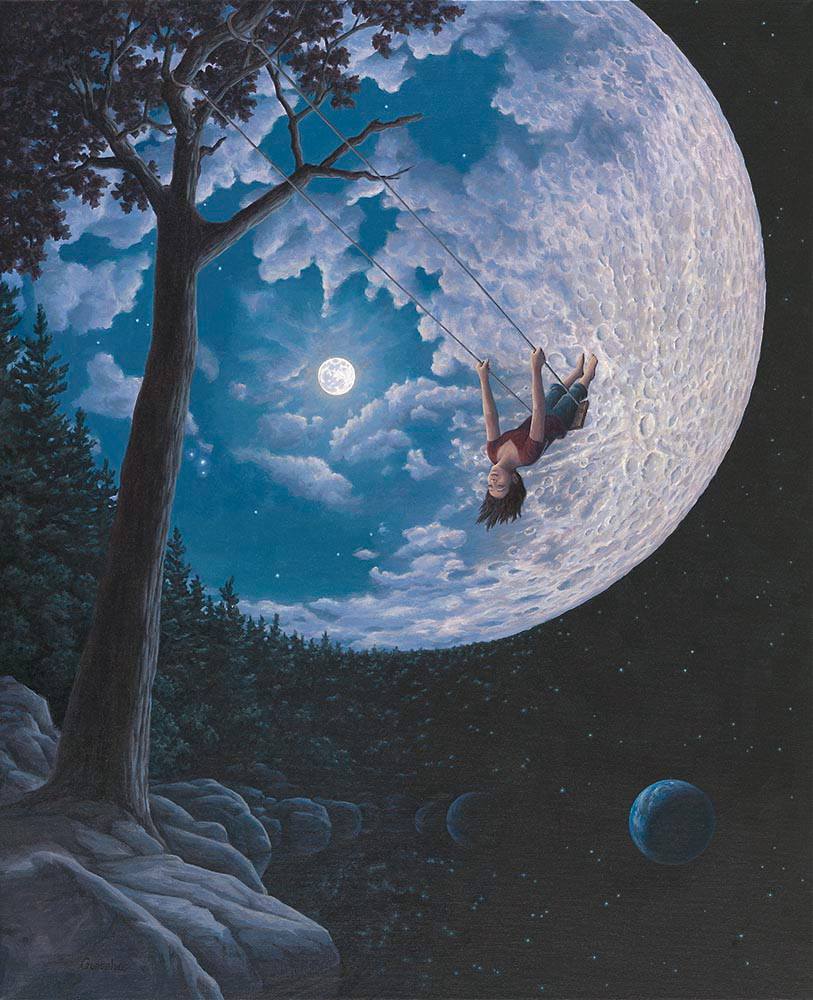 In the following years, Gonsalves works as an architect, but never abandons his passion for art and continues to paint for theaters as well as galleries. In 1990 he creates his first exhibition and its enormous success is what convinced him to dedicate himself solely to the fine arts. 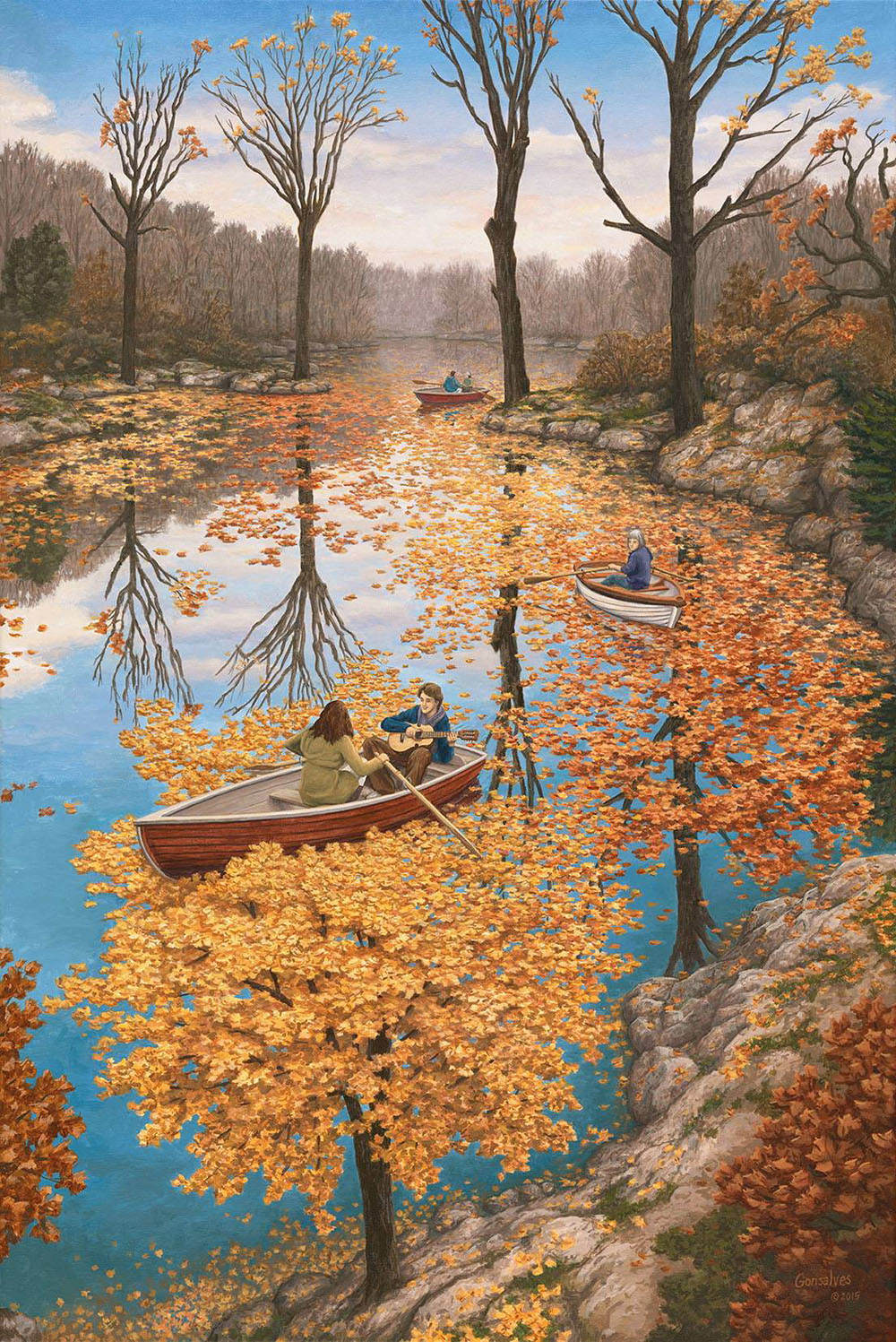 Although Gonsalves’ work is often categorized as surreal, it significantly differs from this movement. The images he creates are deliberately planned and represent the result of a clear idea and thought. To a great extent the plots in his artworks are influenced by the outside world and include ordinary human activities, carefully intertwined with illusions and elements of imagination. Gonsalves introduces a sense of magic into realistic scenes. As a result, the term “Magical Realism” describes his work most accurately. His work is an attempt to show that people wish to believe in the impossible. 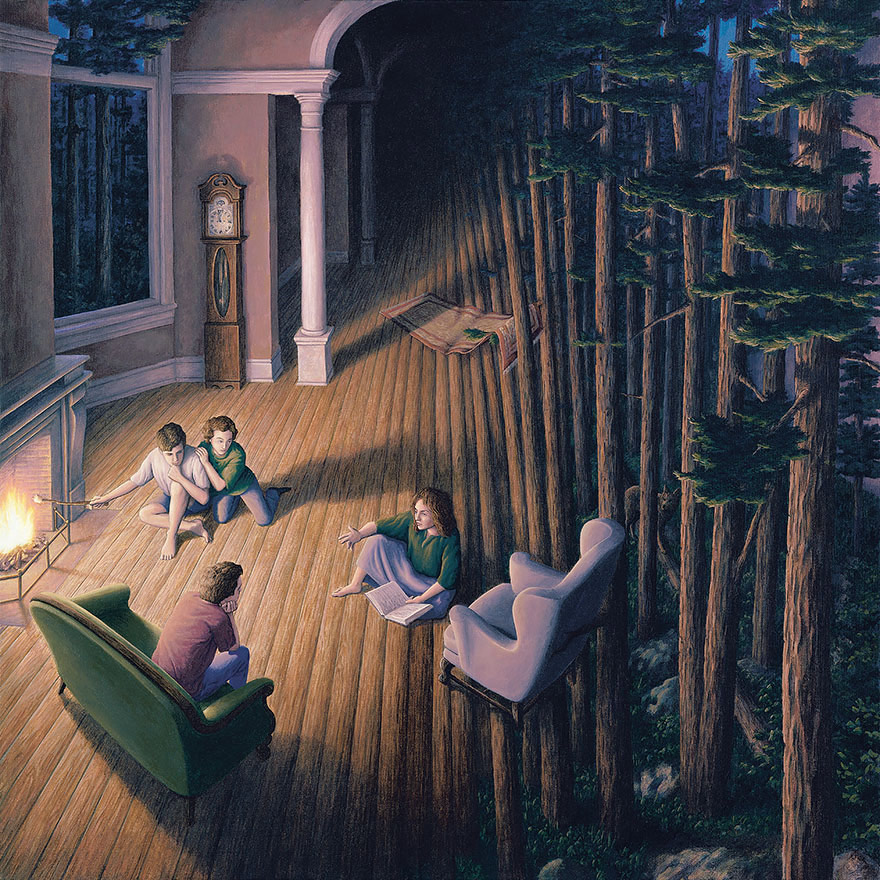 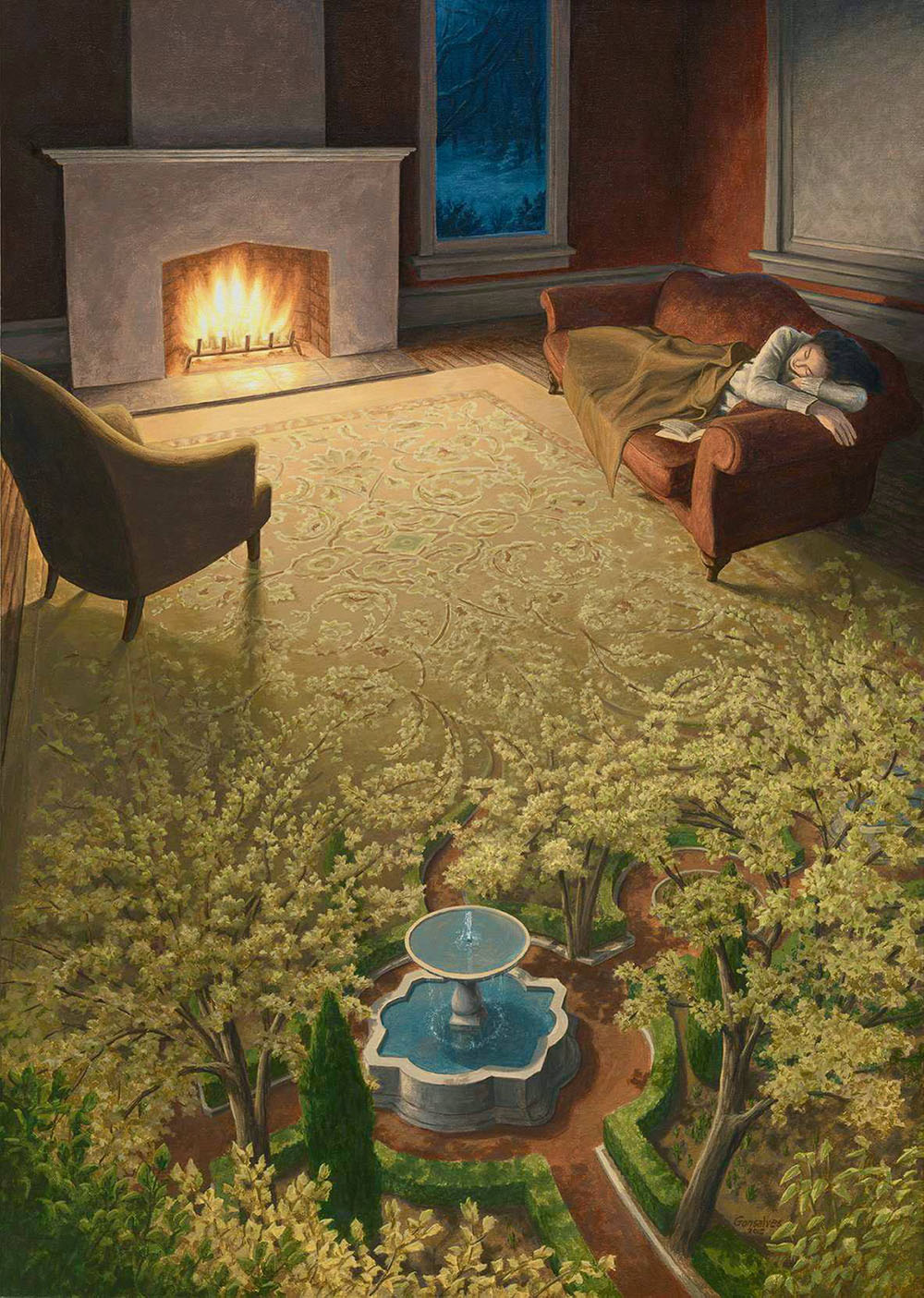 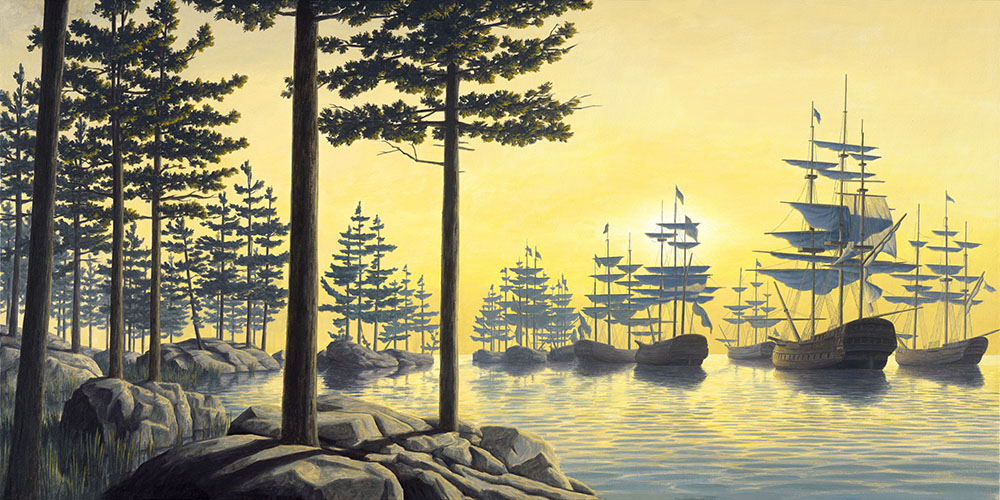 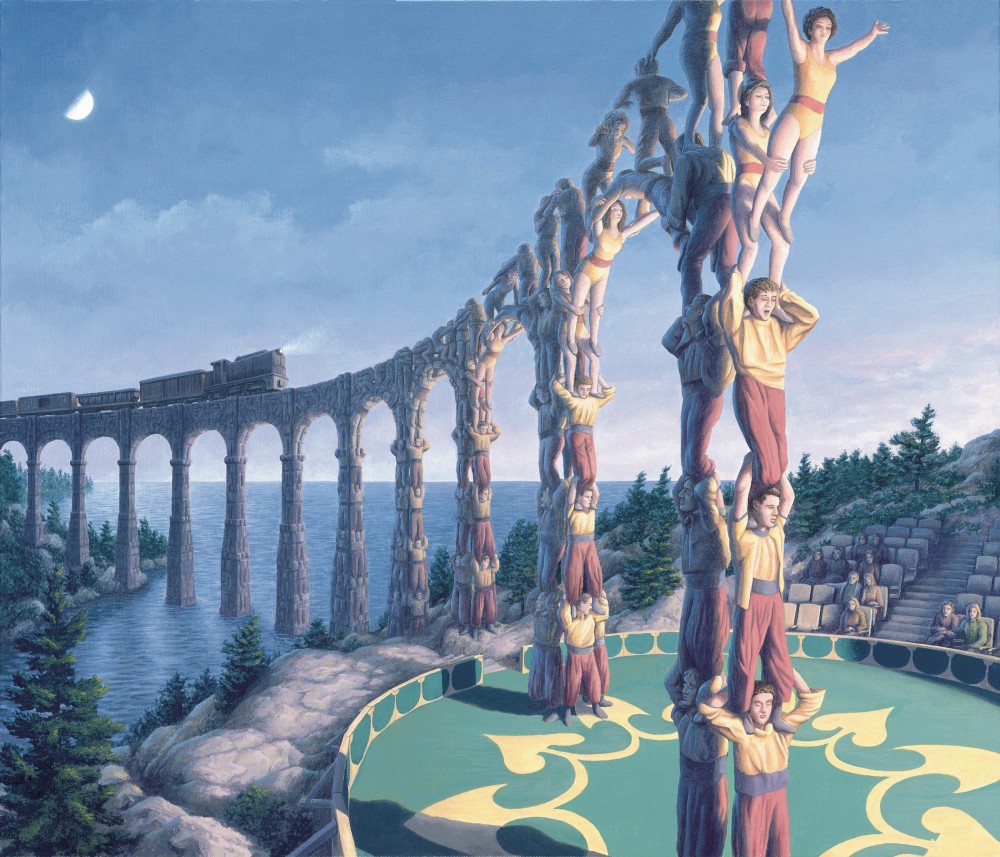 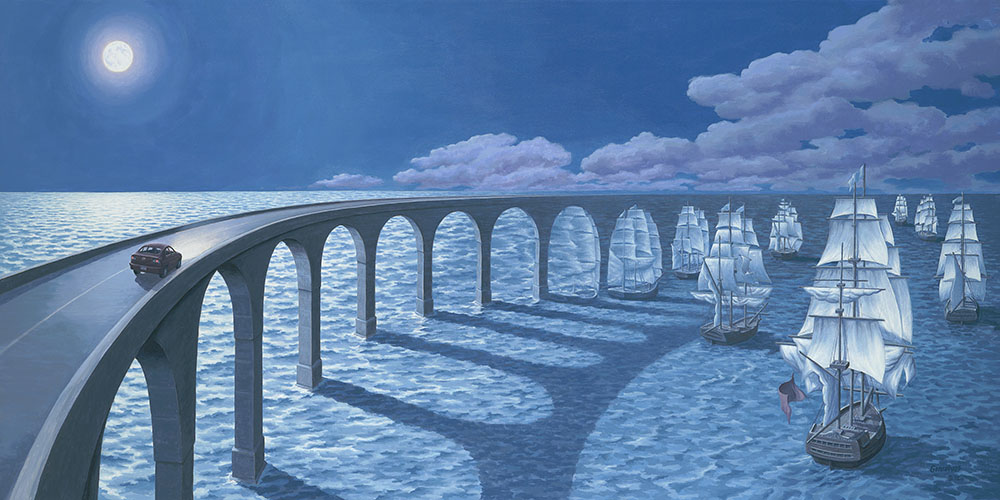