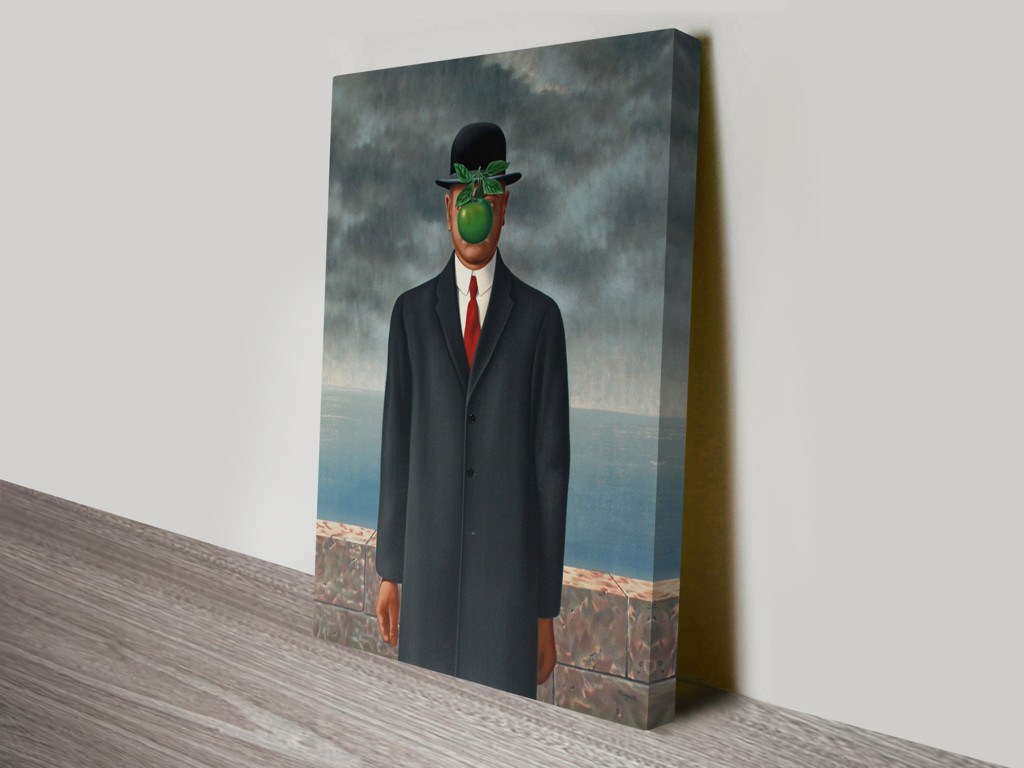 The Son of Man is an oil painting created by the Belgian artist Rene Magritte. Created in 1964, the painting depicts a man with a dark coat, a white shirt and a black bowler hat in front of a low wall. Behind the wall there is a sea and a cloudy sky. A green apple with four leaves conceals the man’s face, partially and almost imperceptibly exposing the left eye.

The uniqueness of the painting hides in the mystery Magritte creates with his self-portrait as well as the man’s left arm, which seems to bend backwards at the elbow. According to Magritte, his painting provokes the human will and curiosity to go beyond the obvious and discover the hidden. The painting is considered a self-portrait of Magritte and is part of a series of three paintings, in which different objects obscure people’s faces as well. The original reproduction of The Son of Man is part of a private collection that was last seen in 2011 at the LHotel in Montreal 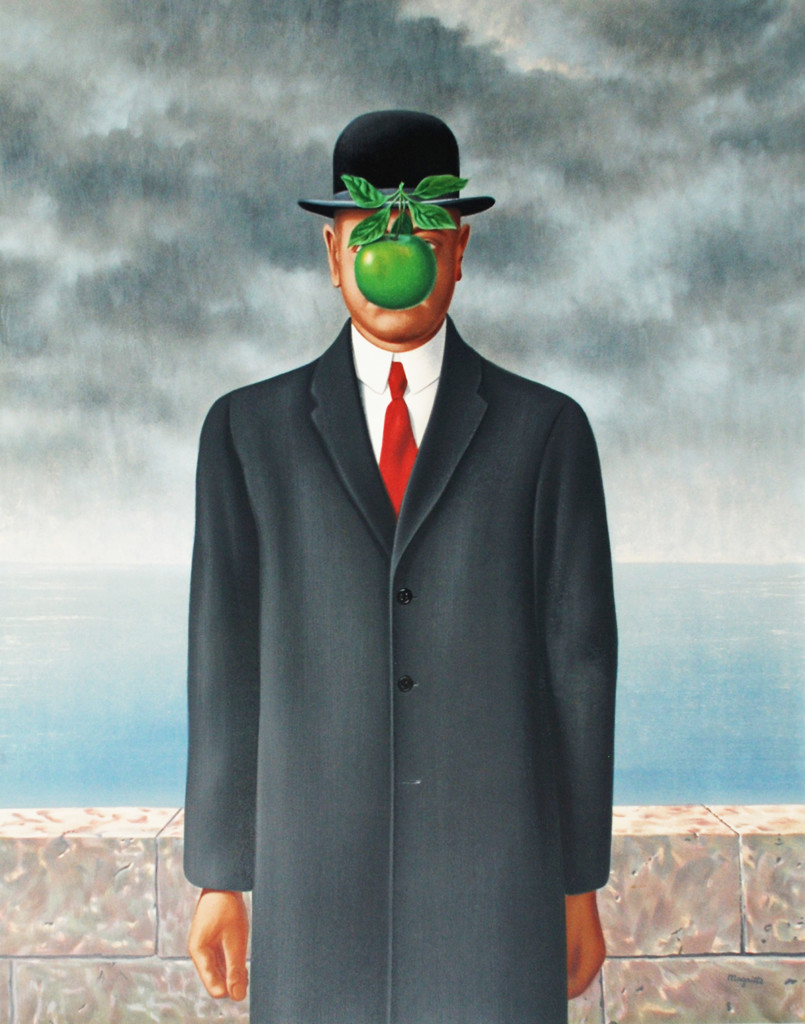 The surrealist artist Rene Magritte was born in Lesin, Belgium on November 21, 1898. He takes up art courses in the early 1910s and in 1926 begins experimenting with different styles, including impressionism, cubism, fascism, and futurism, before finally choosing surrealism as the main field in which to develop as an artist. He joins the surrealist movement in France in the late 1920s. Unique to Magritte’s style is the use of illusions, imagery and mystery, most of which are ordinary works of art, but carrying a complex and deep meaning. Magritte also used to copy the artworks of famous artists, such as Picasso, and sell them with his brother. 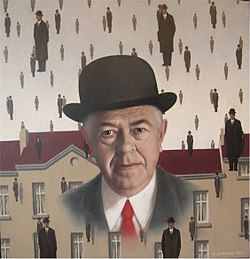 The mysterious images of reality in his paintings are considered to be influenced by the loss of his mother in his early years. Magritte becomes known as an artist in the 1960s through galleries and museums, such as the Museum of Modern Art, which exhibit his works. Magritte dies from pancreatic cancer in 1967 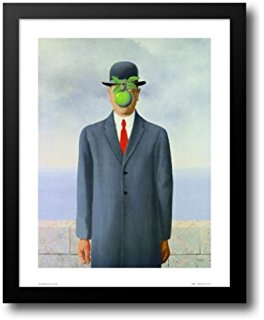 Magritte depicts images in his works as a representation of reality, and not of the object itself.

The Son of Man describes the natural essence of events in the human life, in which there is always something mysterious or hidden – both in philosophy and in reality. The painting is inspired by the works of other artists in different fields and has been used in advertisements, films, books, and can be seen in other paintings as well

The original painting is part of a hidden private collection and is not for sale. However, reproductions and copies of the painting can be found in various galleries, museums and stores all over the world